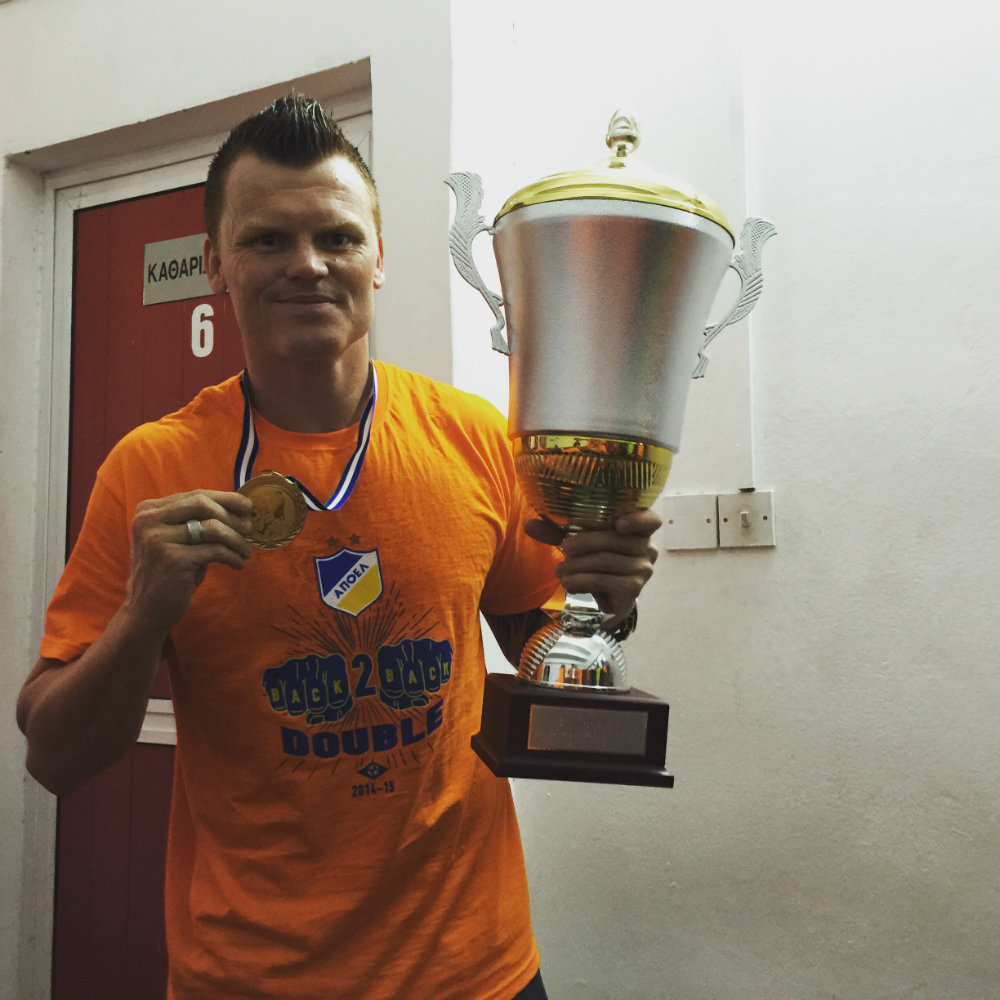 We won the Cup on Wednesday and yesterday we won The Championship. In my first year we got The Double. I’m so happy for the team, the fans and everybody involved with APOEL. We have worked so hard for this. Amazing. It’s 15 years since I last won the League Championship. I signed last September hoping that I could have the possibility to fight for The Cup and the League. We won both the first year! This summer is gonna be great!

Yesterday we went into the game only needing a draw. We decided to have a go from the first whistle and try to kill the game early. After going 2 up very early, they hit one back before we scored 2 goals. 4-1 at half time, we knew the game was over. Nothing really happened in the second half, they scored one goal, but we were never in danger. When the final whistle went we our fans went onto the pitch and celebrated with us. Shirt and shorts were ripped off. We couldn’t care less, we were the Champions. This feeling makes all the hard work worth it.

We went back to Nicosia and had an opened bus through the city and met our fans by the local APOEL supporter bar. Amazing scenes! As you will see in the pictures, this meant a lot to the fans. We planned a big night of celebration, and I’m sure the boys did. I went home early as I was leaving early for Liverpool and  the 10th year anniversary since we won the Champions League.

I am very proud to call myself The Double Champion of Cyprus. I have worked hard for this personally and with the team. Great teammates who deserves both these titles. I will now enjoy a nice long holiday. Can’t wait for this summer. A lot of things will be happening.

Hope you enjoy some of the pictures from the celebrations. 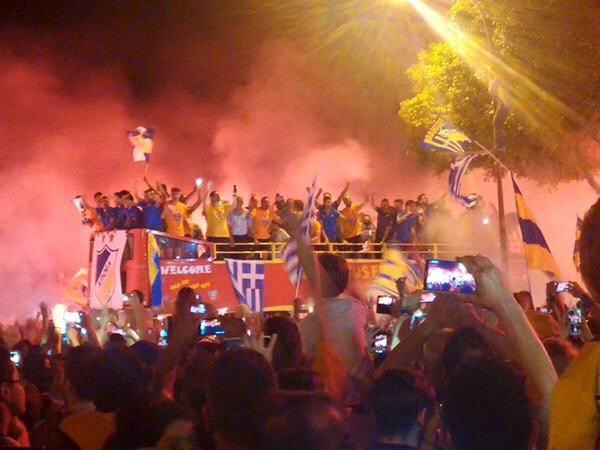 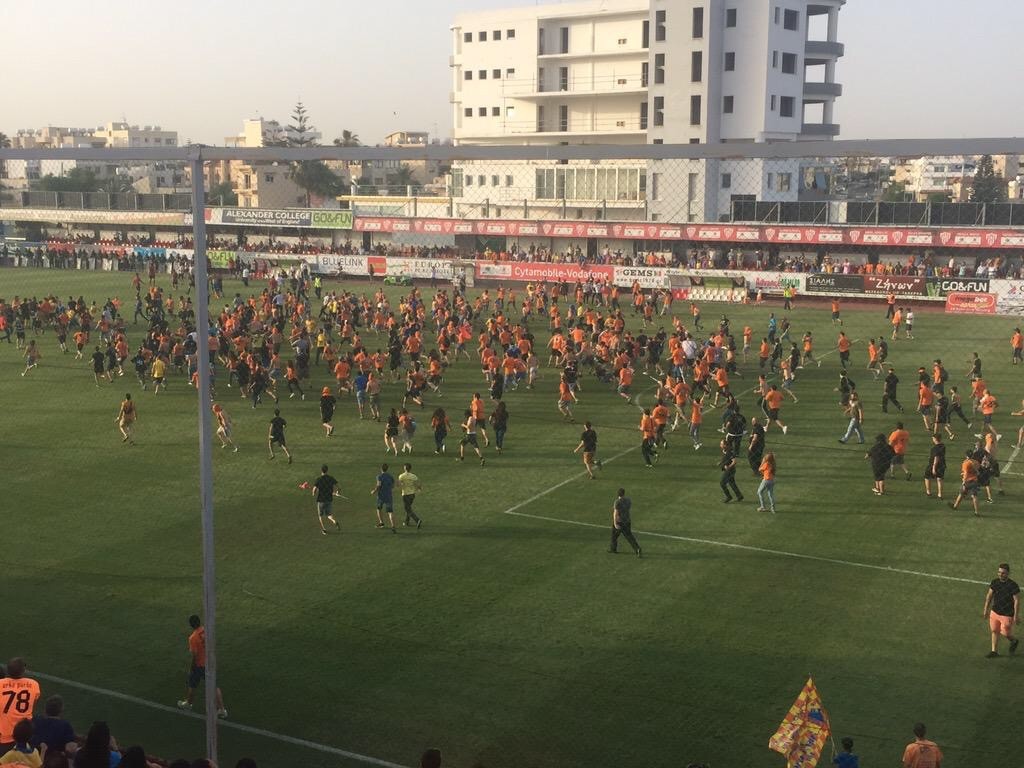 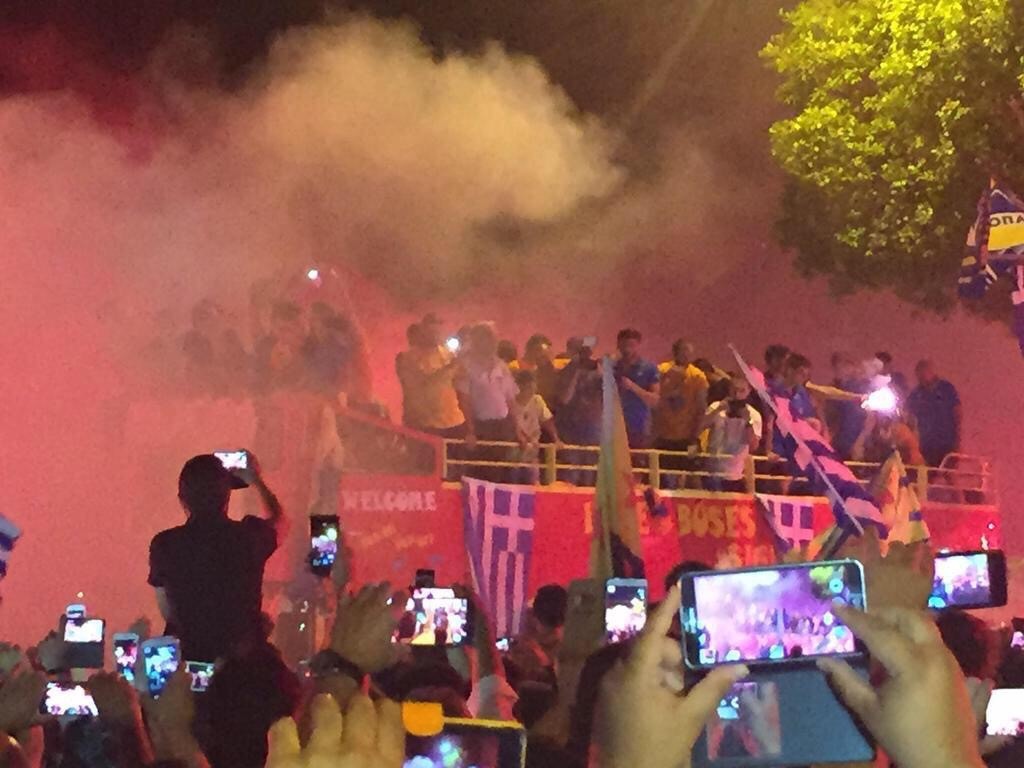 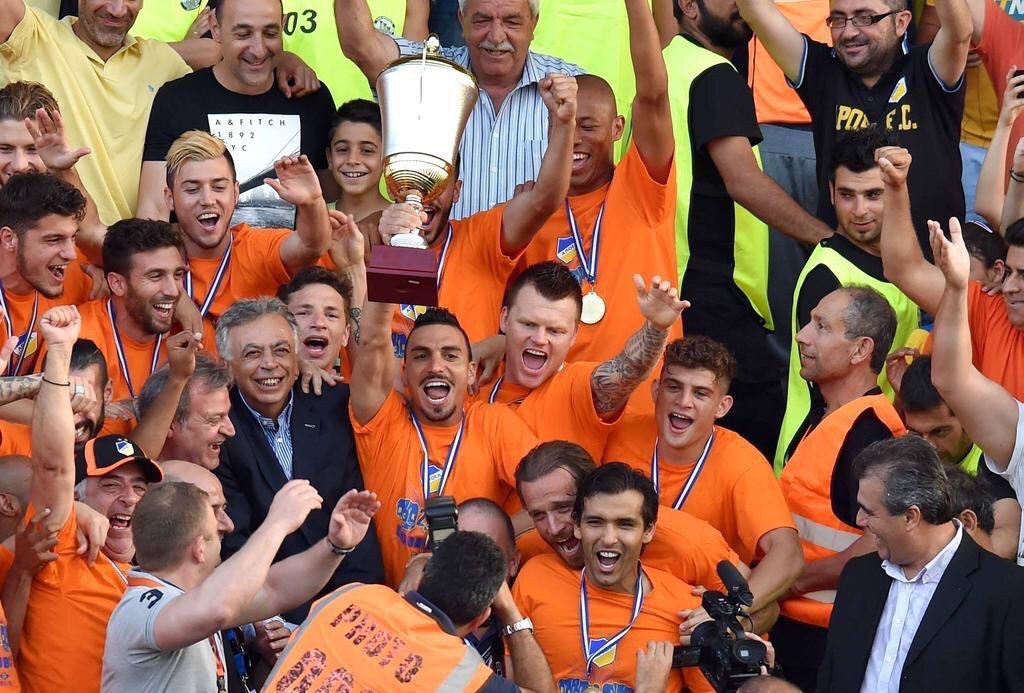 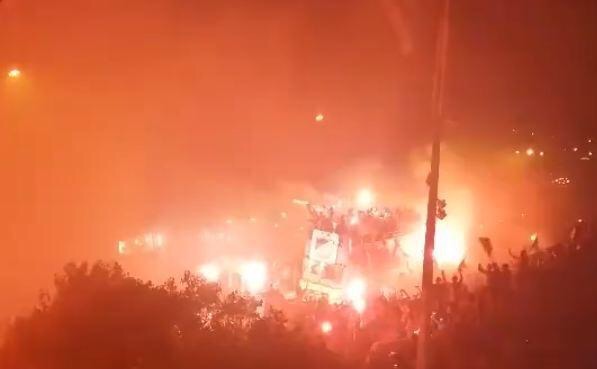 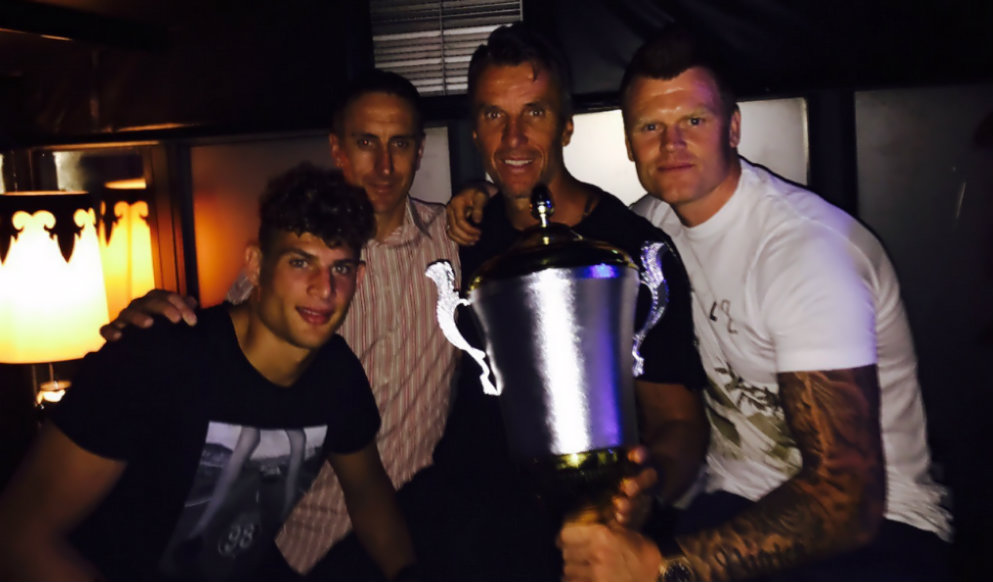