Sunday’s game between Barcelona and Real Madrid had everything. 2 of the best players in the world against each other and a bunch of other world class players. I was looking forward to this game and it was some great football. 98 thousand fans inside the stadium got what they hoped for. Great passing, great defending and attacking, goals and…… DIVING!!!! I can honestly say I have never ever seen a game with that much acting! I will be the first to admit that I have dived. The few times that has happened it wasn’t because I wanted and planned to dive, but some situations it happens and it looks so fucking stupid! I feel ashamed when I saw it on the reply after the game. What was I thinking? Was it because if I didn’t jump or dive that my ankle would be caught in the tackle? Was it because I would have lost the ball and pretended to be fouled so it didn’t look so stupid losing the ball?I don’t know why I did and there is no excuse.One thing is for sure, I never went down pretending to be shot!! I apologise to the referees and fans for the few times it has happened, but I will also say that I never ever intended or planned to cheat the referee at that certain point.

Sundays El Clasico was a whole lot of different diving! While I dived a few times,not intentionally, this on Sunday was diving and acting Hollywood style.. Trying to get the referee to send off the opponent players. At the end there wasn’t many players left without a yellow card. Almost every challenge someone went down looking like they got shot! Here we have 2 of the best clubs in the world falling like flies! They go down, roll around 3-4 times, screams of pain, calls for the doctor to come on the pitch before 5 seconds later stands up and walks normal. I felt sorry for the referee at the end. Some are good actors and it can’t be easy for them. For us sitting at home watching on telly it was like the comedy channel was on. We saw the fouls in slow replay and I bet most of you reacted like me, laughter of how stupid it looked, and anger! It was pathetic at one point.  I know it’s a big derby, maybe biggest game in club football and a lot of aggression and adrenalin, but is it necessary to dive and act like that? Shame that most of us remember that game because of the wrong reasons.

I think it’s time for FIFA or UEFA to consider suspension for dives and acting like that. Reason some people act shot is either to get an easy free kick/penalty, try to get someone booked or sent off. If the players knew that FIFA or UEFA can give players suspensions for this, I am sure we will see less of it. Don’t get me wrong, sometimes it can look like a dive on the telly because there was no contact, but the players sometimes fear for getting injured so they jump. That can happen and it’s sometimes understandable. But all the diving and acting on Sunday doesn’t belong on the pitch. Certain situations were embarrassing. There wasn’t contact and still they were lying there holding their face or leg screaming. It’s a man’s game, get up and get on with it. I use Sundays game as an example, there is to much of this going around and I hope there will be some rules. Maybe a fine, but that wont stop it. I feel suspension can at least be up for discussion?

I bet most of the footballers will admit at certain point they have dived or tried to. And like I said:  Sometimes they had to for their own protecting, sometimes, not all the time. But dive and acting dead at the same time it’s way worse. All the acting pretending to be in pain proves you are trying to cheat the referee. Trying to convince him to book or send off your opponent.  How many times do you see players going down and looking at the referee straight away? Many times, but rarely with all the acting of pain etc. I certainly hope in the near future we will have a new rule and suspensions when it comes to diving and acting on the pitch. I do believe that’s the only way forward if we want to reduce the amount of cheats in the game.

What do you think? Am i way off here? 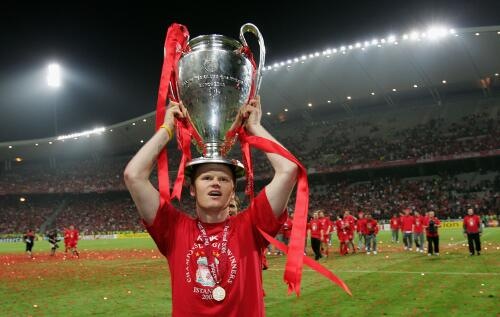