I have been very fortunate with all I have experienced in my career. I have won different trophies and played for and against some great teams and players. I have always said that nobody can take away your trophies. Whatever you do in your career, you have won it. I can of course say that winning the Champions League in 2005 was the biggest night of my career, but still, there are some things that matters more than trophies.

Wednesday 15/11/2006 I reached a target I didn’t think was possible. Me and my brother played together in the same game for Norway at senior level. As a big brother I always have a big responsibility when it comes to my little brother. It’s not easy for a little brother being compared to your older brother. Everybody expected him to be like me and do the same as me. Bjørni always focused on himself and trying to make it being who he is as a football player. Although we have different style, I can honestly say that I have always felt that he was a better player than me. I haven’t told him that very often as I can’t let him get to cocky;) Being able to play in the same game for Norway was magic. I was so nervous for him. I couldn’t focus on my own game because I wanted him to do well!! It was the proudest moment of my career, because it was my little brother and nobody can take away that moment from us.

We shared room for many years with the National team, it was a great time. I had been abroad for a long time, so we had a lot of catching up to do. He was of course my little bitch while sharing room. He had to do everything that needed to be done. That’s just how it is. He was younger and less games. He couldn’t even argue with that. I loved it though.

22 October 2009 we again achieved something truly amazing. I played for Roma and my brother for Fulham when we met in the Europa League. We couldn’t believe it when the draw was made. We felt so lucky to have a chance to play against each other at a professional level.  This was again a milestone for us as brothers. We have worked so hard for this and felt we deserved it, but at the same time we knew how lucky we were. Not many people can experience this in any sport.

Having done all this as brothers, it wasn’t over. 2011 I had a chance to sign for Fulham from Roma. I had one year left and I loved my time in Italy, but as soon as I knew about the interest from Fulham and the chance to play with Bjørni, I couldn’t say no. I loved Roma and the fans, but I had to go for it. When I hang up my boots I have always wanted to sit back and think about all the things I have achieved. All this with my brother will be the most important things I have done in my career.

I am very proud of my brother. He has had so much shit through his career with injuries, coaches that had other ideas, bad luck and some shit people. He has fought hard and he succeeded. He has had a career not many will have. Premier League, Europa League, Belgium, National team and so on. I have given him a hard time sometimes, but that’s what brothers do. He said this before we met in 2009: “-He has been a great big brother to me. He has been a role model and my inspiration. He has taught me a lot and gives me advice on what to do in certain situations”. To hear this makes me very emotional.

So while it’s obvious that winning trophies should be the proudest moment in a player’s career, everything I have achieved and done with my brother is mine. I love my brother, we are best friends and I truly hope we will play together again before we retire. He has pushed me to be the player I am today. Having a 3 year younger brother breathing down your neck makes you train even harder. I loved it. 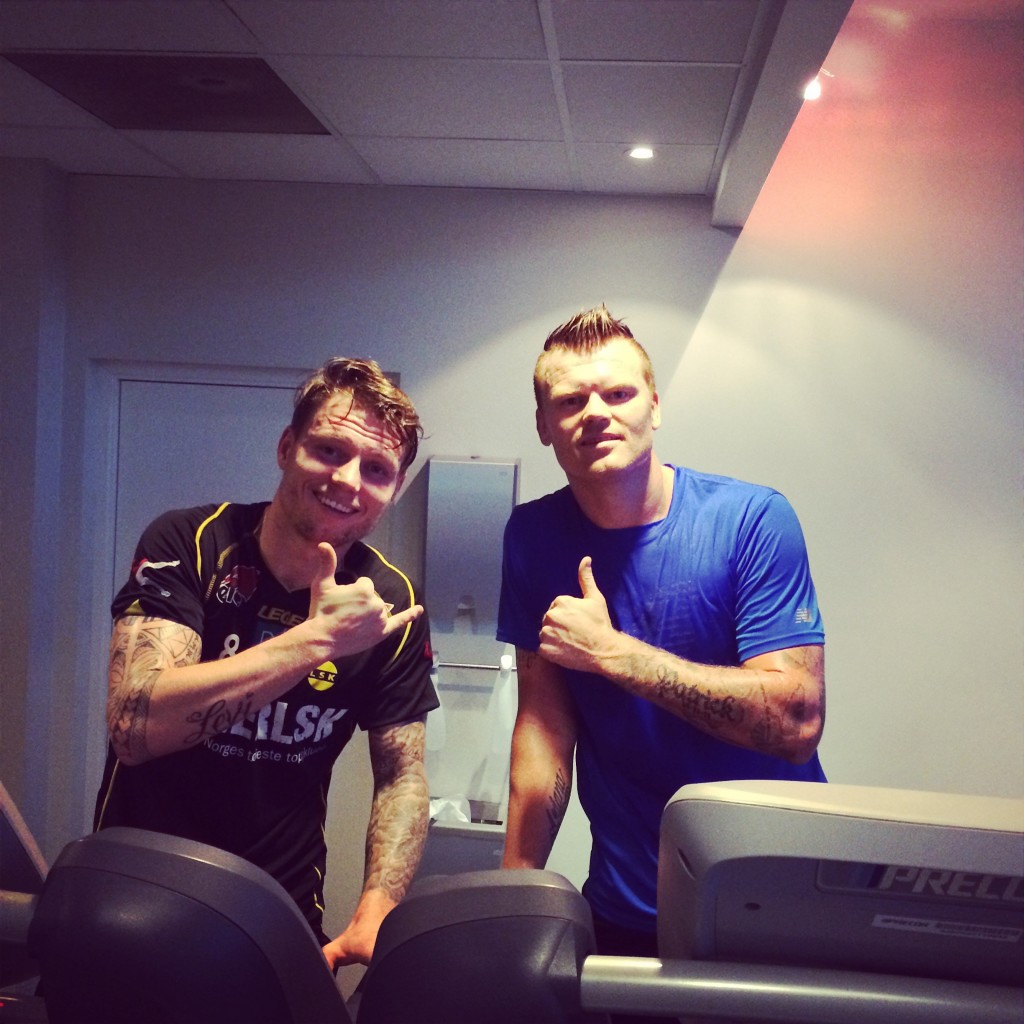