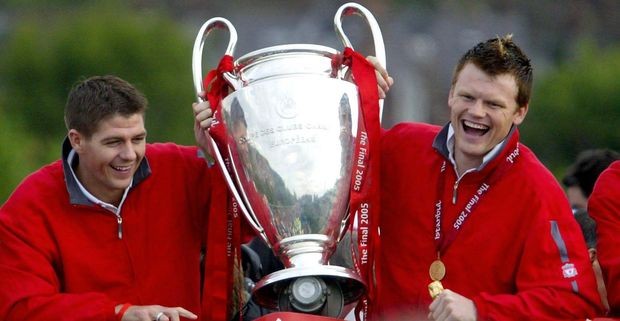 I’m just lying in my hotel room. We got a very big game tomorrow at home. 2 games left and all to play for. we are very focused and ready for the big job we have tomorrow. All I would do from now and until the game is rest. Get the right food and fluid. Games tomorrow is what it’s all about. Full stadium and fighting for the title.

But while I’m lying here, I also know tomorrow is my good friend Steven Gerrards last home game for Liverpool. When you’re playing you never think that the day Steven Gerrard plays his last home game would come. Sadly, tomorrow is that day. After 700 games +.  I wouldn’t normally post anything when a player plays his last game, but Gerrard is not just a player. He is “THE” player, the best I have ever played with.  So I felt I had to write something to show my appreciation for Steven. Because to me and my career he has been so important. Without his support, advice and friendship, alongside Carragher, Hyypia and Murphy I wouldn’t have succeeded at Liverpool.

When I first came to Liverpool in 2001, he was one of the first that approached me. Even though I couldn’t understand the scouse accent, I felt this guy was really nice. It took me 4 months to understand scouse. He was so down to earth, friendly and helpful. So was the rest of the players, but him, Carra, Murphy and Hyypia was players that stood out. I was 21, but felt I was younger. Like a small kid.  They have all told me after I left Liverpool that they knew I came there to prove I was good enough after I smashed them all in the first fitness test. That test made life easier for me. 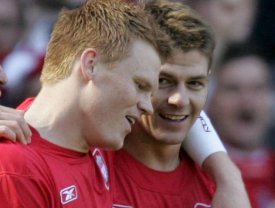 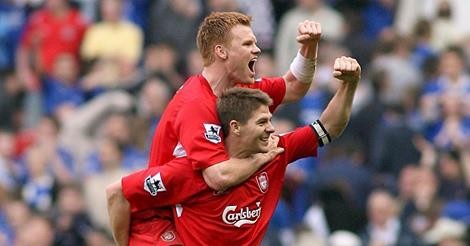 Gerrard was a player that stood out from day 1! He was just unbelievable! He had everything. Strong, quick, stamina, passing, shooting, tackling. He was a leader, but the thing that made me realise he was world class was the person he was. Humble, quiet, supporting, hard working, family man and always there for his teammates.

Over the years we bonded and became good friends. When you play 7 years and over 300 games together, that’s normal. I do hope and believe he thinks the same about me;) I must admit we did have some great times off the pitch that we can have a drink and laugh about now!

We won a lot together, and he was sometimes the reason why. When I went through difficult time after my own goal against Chelsea, he was there to support me, he texted and called me just to make sure I was ok. Yes of course there was other players there as well, likes of Carra and Hyypia, but today it’s all about Gerrard. 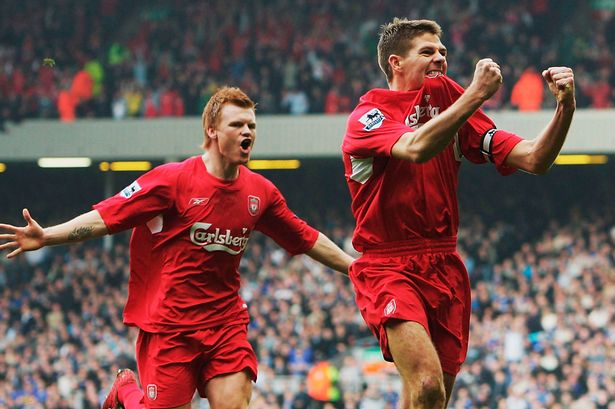 I wanna thank Gerrard for everything he has taught me. Even though we are the same age, he became someone I looked up to and someone I wanted to learn from. I am grateful for the time I had on the pitch with him. Liverpool has many legends, but I agree with Fowler, He is the greatest Liverpool has ever had. I’m honoured that I can say I played 7 years with the legend himself. I won Champions League with him, even though I think he won it for us. 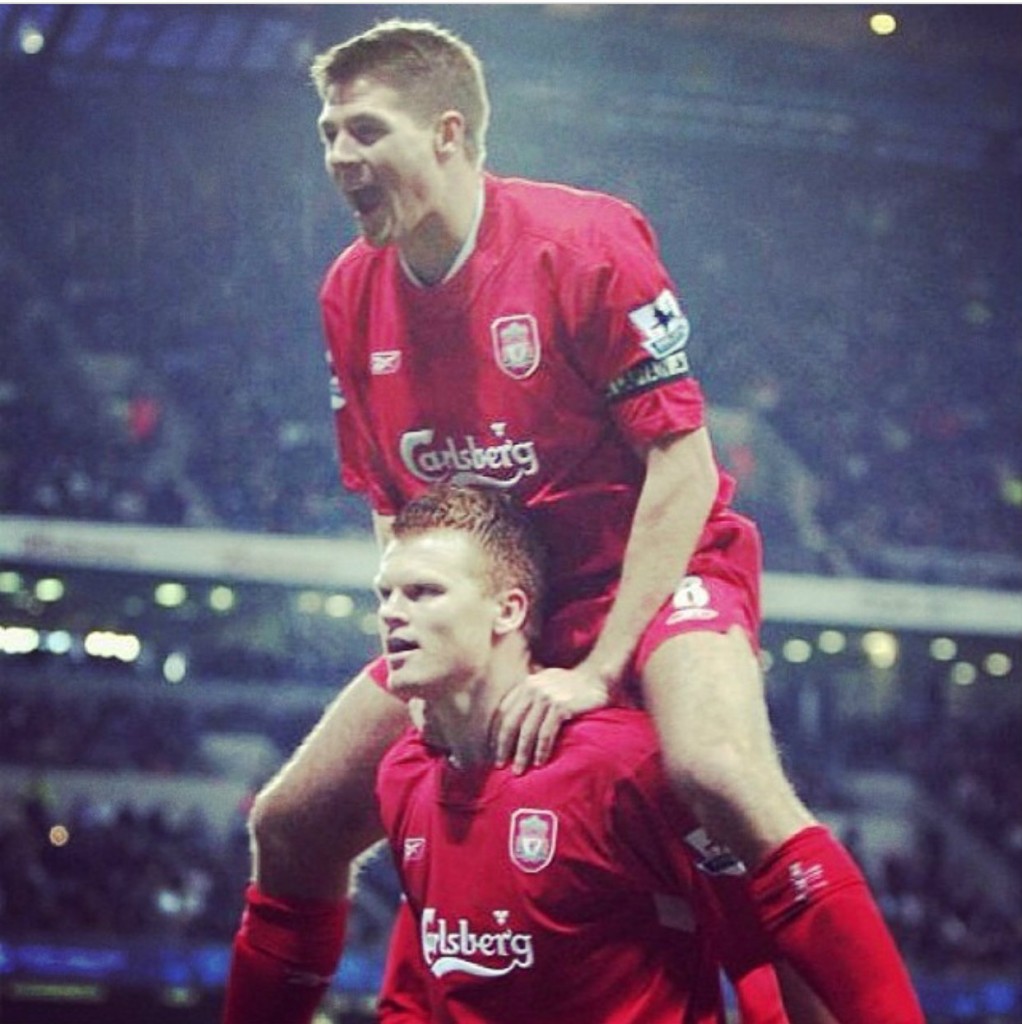 Thank you for coming to Norway and supporting my Football school. Thank you for the memories and I can’t wait to see you play in The States. But I do hope he practises his  golf, that’s one place I am for sure better than him!   Enjoy your last game at Anfield, you will get an amazing send off, well deserved. And to all Liverpool fans: You have not seen a player like him before, give him what he deserves. Without a doubt the best and most complete player I have ever played with. 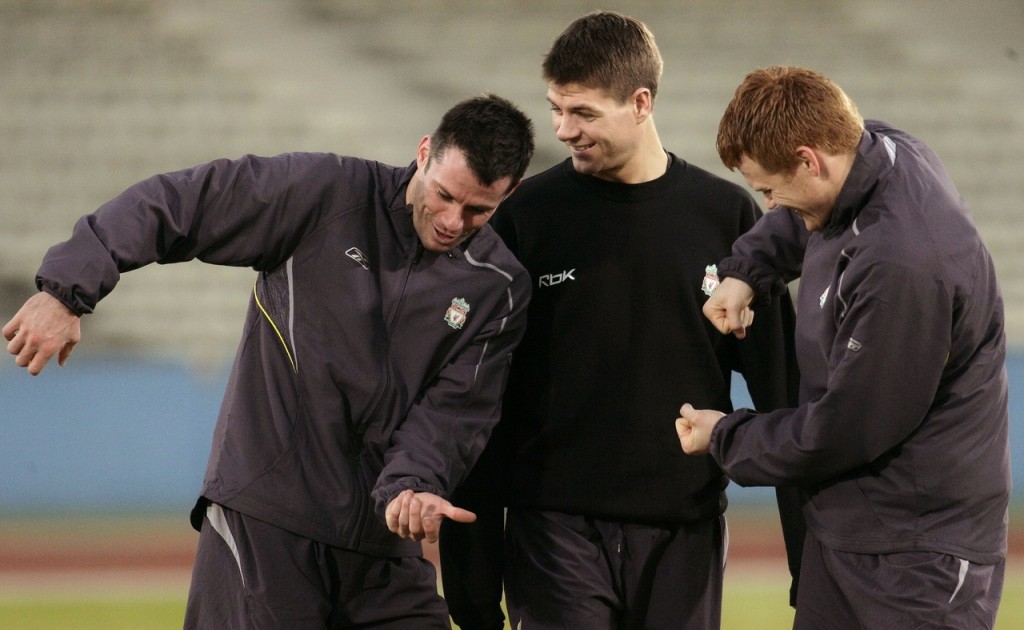 Hope you enjoyed this read about Gerrard. It’s movie time now before a long sleep before tomorrow’s game. MONO APOEL